The unbearable emptiness of being

“Somewhere” confirms once again that sequels are rarely good. If you enjoyed “Lost in translation“, you’ll feel you are watching a poor, boring and superficial version of the film that made Sofia Coppola an international success. Stephen Dorff and Elle Fanning effectively play Murray and Johansson‘s roles.

A lonely actor wanders around waiting for nothing, just passing time until he’s summoned by his agent for a variety of appointments. Then an unexpected feminine presence -this time his 11 year old daughter- seems to somewhat light up his otherwise boring and meaningless existence. Such a similar plot to my beloved “Lost in translation”, why doesn’t it work this time? Mainly because Sofia Coppola underestimates the audience by trying to sell us the trite story of ‘a successful person that feels empty’ when she has nothing new to add. Secondly, because we’ve already seen this movie and it was better the first time.

The boring life of a dull person should never be the reason for a film to exist unless the author has some insightful interpretations to share. If Sofia Coppola had no further thoughts about Johnny Marco‘s boredom and lack of motivation, no need to film 95 minutes about him. It was clear to the audience how lost he was just ten minutes into the movie, after we watched an endless dance on a pole by a couple of blondes. Minutes later, these twins will still have another chance to perform their poor acting and dancing. Short after, there’s an amateur’s ice-skating routine. And a fictitious Guitar Hero session. And a dancing group in a TV show, and even some guy sadly singing with a guitar.

Why the director thought she needed another hour and multiple scenes to convey once again the same message is difficult to explain. She may have been too infatuated by her own skillful visual style (we all agree, she has ‘it’) to realize that all these unbearably long shots got nowhere and meant nothing. It is Sofia Coppola’s self indulgence with her own creation that makes the film so often pretentious; her extreme confidence in the capacity of her images to transmit something deep and captivating when, in this case, they simply don’t. Although she already proved she could get there with previous films, those benefited from some work in editing and script writing that are painfully missed in “Somewhere”.

Apparently, the plague of endless shots and extremely dull scenes were carefully created to reproduce Johnny Marco’s ordeal; the emptiness and weariness of his life. I thought cinema was about storytelling; the art of making the most random stories interesting, entertaining and inspiring. A movie about a boring person doesn’t have to be boring; you can’t blame Johnny Marco when it is solely Sofia Coppola’s fault. Her inability to extract anything worthy out of Johnny Marco’s life makes me suspect that, in this case, our storyteller may be as superficial, bored and empty as her main character. Of special concern is the fact that, allegedly, Sofia Coppola grew up in the Hollywood ghetto that the film recreates. Daughter of a world-wide known director, she had a main role in a big production when she was still a teenager. Is this everything she can tell us about behind the scenes in Hollywood? Is this all that she got out of it? I am deeply disappointed. As much as with the movie’s ending.

It’s very much appreciated when a movie takes you to the environment where the characters evolve. However, Sofia Coppola limits her role to the one of a security camera installed in Johnny Marco’s apartment. She had two narrative options; portraying the character from her point of view and share her thoughts on whatever was happening, or letting us know what Marco was thinking. She decided to tell us nothing. Perhaps her mind happened to go blank while filming. 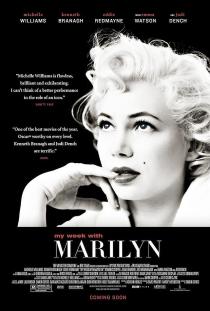